To share your memory on the wall of Lynn Kirts, sign in using one of the following options:

He was an Ensign in the US Navy from 1945 – 1947. Lynn earned his Mechanical Engineering Degree from Iowa State University in 1950 and began work for Travelers Insurance and American Standard Boiler in Kansas City, MO.

In 1962, Lynn moved the family with his first wife Delia Ann DeGott from Kansas City, MO to Midwest City, OK to begin working at Tinker Air Force Base in the Engineering Department.

He enjoyed many of his adventures during his travels to many parts or the world. His favorite teams were the Iowa State Cyclones and the Kansas City Chiefs. He loved watching college sports and playing bridge.

Lynn was preceded in death by his
Parents, George and Bertha (Wyckoff) Kirts;
Son, Kenneth Kirts

To send flowers to the family or plant a tree in memory of Lynn Kirts, please visit our Heartfelt Sympathies Store.

Receive notifications about information and event scheduling for Lynn Kirts

Donations are being accepted for: AMERICAN CANCER SOCIETY.

We encourage you to share your most beloved memories of Lynn Kirts here, so that the family and other loved ones can always see it. You can upload cherished photographs, or share your favorite stories, and can even comment on those shared by others.

Kelly & Joy Boan and The Staff of Protea sent flowers to the family of Lynn Kirts.
Show you care by sending flowers

The Staff of Protea

Posted Aug 26, 2020 at 06:28pm
We are so sorry for your family's loss. May the love and care of those around you provide comfort and peace during this sad time.

The Staff of Protea purchased flowers and planted a memorial tree for the family of Lynn Kirts. Send Flowers

Flowers were purchased for the family of Lynn Kirts. Send Flowers 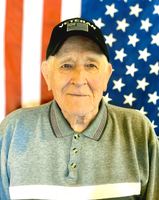 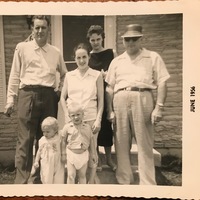 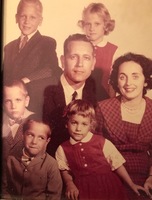