To share your memory on the wall of Carl Reed, sign in using one of the following options:

After high school, Carl went on to sell cars and later worked for Diamond National Lumber Company until he moved back to Oklahoma in 1971. While in California he also joined a volunteer police force. In 1971 Carl met the love of his life, Donna Ann Massey, the very first day he moved back to Poteau, OK. They met at church. The two were married June 19, 1971 and made a home in Poteau, Oklahoma. Later they lived in Chickasha, OK, then Lawton, OK, before moving to Oklahoma City, OK. They were blessed with 2 Children - Charity Ann and Carl Anthony “Tony” and Carl made sure his family had everything they needed to feel safe, loved and cared for.

Carl attended Cameron University in Lawton, OK where he earned his Associate’s Degree in Criminal Justice. Carl served as Patrolman on the Poteau Police Department 1971-1972, a Grady County Sheriff's Deputy 1972- 1974 and joined the Lawton Police Department, in 1975, where he served as a Patrolman and later a Detective for 23 years until his retirement in 1997. Following his retirement, Carl went on to work for the Oklahoma Attorney General's Office for 21 years as Special Agent in Charge. Altogether Carl spent 48 years in law enforcement and was proud of that achievement. Carl was a member of the Fraternal Order of Police for many years while on the Lawton Police force.

Carl was a family man and loved his wife and children dearly. He was devoted to them and made sure they knew how much he cared about them. He made sure his family took a nice vacation every year. Carl and his wife Donna were longtime members at Capitol Hill Assembly of God in OKC. Even after moving out to Sulphur, they made the drive to be with their church family for services and church activities.

Carl was an outdoorsman in all aspects. He enjoyed fishing and making trips out to the lake and he also enjoyed golfing as often as he could. Carl and Donna loved traveling in their Motorhome along with their friends. Although he had plenty of hobbies, his family really was his favorite of all. He enjoyed being a husband, Daddy and PawPaw and nothing could replace the joy he felt when he spent time together with them all.

Carl touched many lives during his time on this earth. His presence will be deeply missed but rest assured he has a big smile on his face in Heaven with his Lord and Savior.

To send flowers to the family or plant a tree in memory of Carl Reed, please visit our Heartfelt Sympathies Store.

Receive notifications about information and event scheduling for Carl Reed

We encourage you to share your most beloved memories of Carl Reed here, so that the family and other loved ones can always see it. You can upload cherished photographs, or share your favorite stories, and can even comment on those shared by others.

Gary and Nancy Wilson and Family and Your Pickens Assembly of God family sent flowers to the family of Carl Reed.
Show you care by sending flowers

Posted Sep 01, 2020 at 10:59am
Dear Donna and Family, Since I heard the sad news of Carl's death, I have been thinking of you! Peace and love, Jane Wheeler

Posted Aug 31, 2020 at 12:41pm
I remember Carl as very fine Christian man in our church. He is also great leader in our church as a broad member also he was our leader of the always young senior group and we had lot of good times togather. He will be greatly missed but we know where is now. I liked that picture of him laughting, I know he in heaven now. Carl and Pat Kuhlman
Comment Share
Share via:
HS

Posted Aug 31, 2020 at 11:40am
Our warmest condolences to your family during this difficult time.

Flowers were purchased for the family of Carl Reed. Send Flowers

Posted Aug 31, 2020 at 12:59am
Donna, please know that you have my deepest sympathy & heartfelt condolences. Praying that God will comfort & keep you & your family & grant you His perfect peace during this difficult time & through out the coming months. - Rose King
Comment Share
Share via:
HS

Flowers were purchased for the family of Carl Reed. Send Flowers 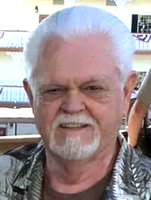 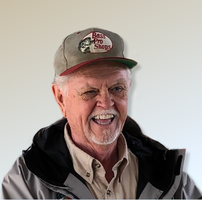 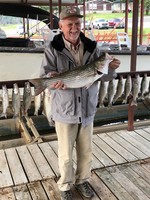