To share your memory on the wall of Martha Sadler, sign in using one of the following options:

Martha was born on March 1, 1935, in Oklahoma City, OK to her parents, James Earl and Bernice (Smith) Robbins, the third of three daughters. She passed away on August 31, 2020, at the age of 85. Martha was a lifelong resident of Oklahoma City. She attended Shields Heights and Lafayette Elementary Schools. Upon completion, Martha went to Capitol Hill Junior High and finished at Capitol Hill Senior High School, graduating in 1953. She was blessed with many friends at Capitol Hill that lasted her entire life. She held many titles during her high school years including President of the Knobborettes Pep Club and was chosen as Baseball Queen for 1953. Martha was presented the Altrusa Award for community service and was a member of Student Council and the Nouveau Livre Book Club. Martha was a devoted mother to her children, Kellie and Scott, providing them with a daily example of how to be kind and fun-loving, and how to be a good friend. In 1953 she started her working career at OG&E. By 1957 Martha was working at Oklahoma Christian University. She became very close with many students during her time at OC and served as a surrogate mother to dozens who were away from home for the first time. She maintained those relationships for decades after they graduated. She then became a medical transcriptionist for the OU Health Science Center and also worked for Amerex Oil Co. and FDIC-OKC. Not one to sit still for very long, in her 70’s Martha became an Enumerator at the US Department of Agriculture where she enjoyed even more wonderful friendships with all of her co-workers. Martha is survived by her daughter, Kellie Roth and husband, Robert; son, Scott Sadler and wife, Anne; granddaughter, Elizabeth Jane; sister, Lee; and many loving nieces, nephews, and life-long friends who will all miss her terribly.
Read Less

To send flowers to the family or plant a tree in memory of Martha Ann Sadler (Robbins), please visit our Heartfelt Sympathies Store.

Receive notifications about information and event scheduling for Martha

There are no events scheduled. You can still show your support by sending flowers directly to the family, or planting a memorial tree in memory of Martha Ann Sadler (Robbins).
Visit the Heartfelt Sympathies Store

We encourage you to share your most beloved memories of Martha here, so that the family and other loved ones can always see it. You can upload cherished photographs, or share your favorite stories, and can even comment on those shared by others.

Posted Sep 05, 2020 at 06:50pm
Scott, Kellie and Family, our deepest condolence for your loss. We loved your Mom so much and will miss her terribly. She was such a terrific lady and we have so many treasured memories of time spent with her. We will especially remember her laugh! When she and Mom and Aunt Tiny were together you could always count on contagious laughter! Rest in peace, sweet Annie...you will be missed.

Posted Sep 05, 2020 at 05:42pm
I knew Martha for 10 working at the USDA with her. She always showed up looking like a million dollars at 7 am. She had matching bags and shoes for every outfit. She was fun loving and had a good attitude even when she was ill. She was a sweet lady and I enjoyed knowing her.
Comment Share
Share via:
KM

Posted Sep 04, 2020 at 09:41am
Martha Ann and I worked together in the 1950's at OGE and became close friends. During those years we took many trips with girlfriends: Mardi Gras in New Orleans; Rockaway Beach, Mo; Lake Murray, Ok. We later double dated with our future husbands. My husband and I moved out of state for many years and eventually moved back to OKC. The last time I saw Martha Ann was at a Nouveau Livre meeting where she was a very active member and I only attended several times.
Wonderful memories of a good friend.
Comment Share
Share via: 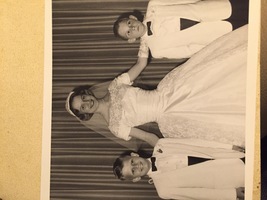 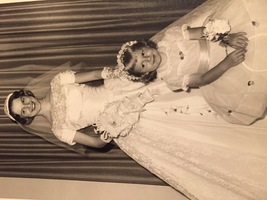 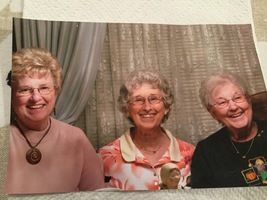