To share your memory on the wall of Larry Edwards, sign in using one of the following options:

To send flowers to the family or plant a tree in memory of Larry William Edwards, please visit our Heartfelt Sympathies Store.

Receive notifications about information and event scheduling for Larry

We encourage you to share your most beloved memories of Larry here, so that the family and other loved ones can always see it. You can upload cherished photographs, or share your favorite stories, and can even comment on those shared by others.

LeAnn Johnson, Kay and Jim,Rick and Rita, Rena and Doug, Russel a, and other have sent flowers to the family of Larry William Edwards.
Show you care by sending flowers

Posted Sep 09, 2020 at 11:54am
What a beautiful video of a life well lived. I loved that many of the pictures shows him holding one of your boys or grandkids. May he Rest in Peace with no more pain. God Bless your family. Maria Chulski
Comment Share
Share via:
LJ

Posted Sep 08, 2020 at 10:26am
So sad to hear of Larry's passing. My heart goes out to you and your family. Stay strong and cherish all your memories.
Comment Share
Share via:
KM 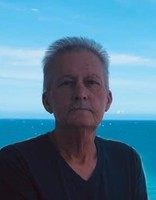