To share your memory on the wall of Brunhilde Settle, sign in using one of the following options:

Print
A celebration of life for Brunhilde will be 10:30 am Saturday, September 12, 2020, at Southern Hills Baptist Church Chapel, 8601 S. Pennsylvania, Oklahoma City, Ok.

Brunhilde Wilhelmine Settle passed on and went to be with the Lord, o... Read More
A celebration of life for Brunhilde will be 10:30 am Saturday, September 12, 2020, at Southern Hills Baptist Church Chapel, 8601 S. Pennsylvania, Oklahoma City, Ok.

Brunhilde Wilhelmine Settle passed on and went to be with the Lord, on September 4, 2020. She was born March 30, 1932 to Bruno and Hildegard Jorczik in Lyck, Prussia. She enjoyed her childhood in an idyllic setting where Brunhilde ice skated and spent Sunday’s visiting with her family. When the Russians invaded Germany in World War II, Brunhilde and her mother fled to northern Europe and spent the remainder of the war there until the Jorczik family was reunited in Neubiberg, West Germany, a suburb of Munich, Germany. Brunhilde continued her education at Munich-Passau Institute and became an interpreter for the US Air Force upon completing her degree. It was during this time she met James Morgan Settle, who she married on June 14, 1951 and the marriage produced 4 children. After many moves across the country and around the world, the Settle family became permanent residents in and around the Oklahoma City, Oklahoma area. Shortly after moving to Oklahoma, Brunhilde continued her education at Black College in Oklahoma City, obtaining an Associates Degree in Business. In 1967, she went to work at National Car Rental and later in 1972, entered the travel industry as Manager of Enterprise Travel. Brunhilde spent the rest of her career as a travel agent specializing in International travel and cruises. She retired from Dillard’s Travel in 2009, but not before she toured the world, including Russia, China and Africa. She was preceded in death by her parents; brother, Hartmut Jorczik; and son-in-law, Dave Delling. Brunhilde is survived by her daughter, Clarissa and husband, Bill Holloway; son, Richard and wife, Sharon Settle; daughter, Andrea Delling; son, Douglas Settle; grandchildren, Andrea and husband, Jeffrey Spears; Marcie and husband, Chris Hines; Josh Holloway; Eric and wife, Amy Clevenger; Justin and wife, Amy Clevenger; Christopher Langley; her great grandchildren, Korey and wife, Tonya Haworth; Ashley Clevenger; Patrick Clevenger; Sara Clevenger; Arianna Clevenger; great great grandchild, JaeLea Hileman; sister in law, Jeannette Jorczik; niece, Nathalie Jorczik; nephews, Andreas Jorczik and Julian Jorczik; and cousin, Faith Money.
Read Less

To send flowers to the family or plant a tree in memory of Brunhilde Wilhelmine Settle (Jorczik), please visit our Heartfelt Sympathies Store.

Receive notifications about information and event scheduling for Brunhilde

We encourage you to share your most beloved memories of Brunhilde here, so that the family and other loved ones can always see it. You can upload cherished photographs, or share your favorite stories, and can even comment on those shared by others.

Posted Sep 11, 2020 at 08:28am
Please accept our most heartfelt sympathies for your loss... Our thoughts are with you and your family during this difficult time.

Posted Sep 10, 2020 at 10:36am
Brunhilde was a very special lady. I looked forward to seeing and talking with her on Sunday mornings at Church. She always had a smile and hug for me and asked about my health and my daughter Nancy's health. I truly will miss her and so glad she was in my life.
Comment Share
Share via:
A 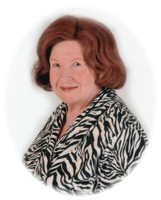 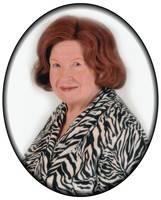 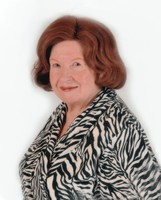