To share your memory on the wall of Shirley Bingham, sign in using one of the following options:

She was born October 5, 1937 in the city of Vici, Dewey County, Oklahoma, a daughter of the late Charley and Anice Owens.

Shirley worked as a data operator for the Oklahoma State Health Department for 30 years until she retired.

She was an amazing cook and loved to prepare meals for her family every Sunday night – especially birthday meals with special requested desserts. She also enjoyed sewing, gardening, arts and crafts and spending time with her children, grandchildren and great grandchildren.

She will be greatly missed by family and numerous friends.
Read Less

To send flowers to the family or plant a tree in memory of Shirley Ann Bingham (Owens), please visit our Heartfelt Sympathies Store.

Receive notifications about information and event scheduling for Shirley

We encourage you to share your most beloved memories of Shirley here, so that the family and other loved ones can always see it. You can upload cherished photographs, or share your favorite stories, and can even comment on those shared by others.

Posted Sep 16, 2020 at 11:28am
Wishing you peace to bring comfort, courage to face the days ahead and loving memories to forever hold in your hearts.

Posted Sep 15, 2020 at 04:25pm
Richard and family, Please accept our most heartfelt sympathies for your loss... Our thoughts are with you and your family during this difficult time.

Flowers were purchased for the family of Shirley Bingham. Send Flowers

Sweet Tranquility Basket was purchased for the family of Shirley Bingham. Send Flowers

Posted Sep 14, 2020 at 06:59pm
Grandma,
You were and always will be the glue that holds our family together. The BEST years of my life were spent with you and I’d give anything to go back in time. You were the most hard working, easy going, fun spirited person I know. You were someone we could ALWAYS count on to be there. ALWAYS. You were never in a bad mood and always had a smile on your face. Slumber parties, late night swims, pecan cracking and crafting.. we did it all! We were your world and you were ours! Thank you so much for the memories we made together and for ALL that you did for us!! You are the BEST! ❤️ I love you Gran.
Brittany
Comment Share
Share via: 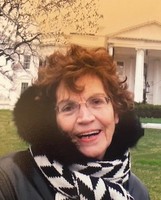 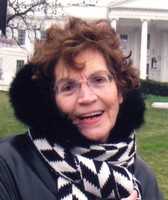