To share your memory on the wall of O.C \"Corky\", sign in using one of the following options:

Provide comfort for the family by sending flowers or planting a tree in memory of O.C "Corky"

Provide comfort for the family by sending flowers or planting a tree in memory of O.C "Corky"

Funeral service for Mr. Startz will be at 1:00 PM Tuesday, September 22, 2020 at the Vondel Smith South Colonial Chapel.

Funeral service for Mr. Startz will be at 1:00 PM Tuesday, September 22, 2020 at the Vondel Smith South Colonial Chapel.

It is with a heavy heart that we announce the passing of a beloved husband, father, uncle, cousin and friend. Othor Carrol Startz (more affectionately known as ‘Corky”) was born on September 8, 1937 to Mr. & Mrs. Carlie & Florence Startz in the small family home on the outskirts of Gracemont, Oklahoma, where his mother and brother were also born. He passed away on September 16, 2020 at the age of 83 in Midwest City, Oklahoma after a brief illness.

Carrol graduated from Northwest Classen High School in Oklahoma in 1956. He attended Central State University in Edmond, Oklahoma. In 1961, he was drafted into the U.S. Army during the Berlin Crisis. While Carrol was in the service, he had to choose between a duty station in Hawaii or Maryland. His preference for Fort Detrick, Maryland was a life-changing decision.
While stationed at Fort Detrick, Carrol was set up on a blind date with Elaine Dudderar, who was a teacher in Frederick, Maryland. He was discharged from the Army in 1963 and returned home to Oklahoma City, but he did not forget the girl from his blind date. On June 20, 1964, Carrol and Elaine Startz were married in Maryland. To this union, they soon welcomed three children: Scott, Randal and Kristy.

Throughout his career, Carrol worked in various sales jobs. He worked at the Oklahoma City Water Treatment Facility, then as a travelling salesman for Drew Chemical Company. Finally, he worked for Scrivener Wholesale Food Manufacturing in the warehouse freight department, where he retired after sixteen years of dedicated service.

In his spare time, Corky liked working on cars and playing golf. He also enjoyed spending time with his wife, children, extended family and friends. For Carrol, who he was meant far more than what he accomplished. He was a loving and devoted husband and father to his wife and three children. He was a hard worker and a good provider for his family. He was generous and helpful to extended family and friends. Carrol had the “gift of gab” as he never met as stranger he didn’t like. Conversely, everyone loved him.

Carrol was preceded in death by his:
Parents, Carlie and Florence Startz;
Brother, Wayne Startz.

To send flowers to the family or plant a tree in memory of O.C "Corky", please visit our Heartfelt Sympathies Store.

Receive notifications about information and event scheduling for O.C "Corky"

We encourage you to share your most beloved memories of O.C "Corky" here, so that the family and other loved ones can always see it. You can upload cherished photographs, or share your favorite stories, and can even comment on those shared by others.

Mike and Lisa McKee and Audra Fogle sent flowers to the family of O.C "Corky".
Show you care by sending flowers

I am sorry for your loss. May the Lord bless you and your family during this time of sorrow.

Flowers were purchased and a memorial tree planted for the family of O.C "Corky". Send Flowers

Posted Sep 21, 2020 at 03:29pm
I truly loved this wonderful cousin! He always meant a lot to me! Our deepest sympathies to Elaine and all the family! Love, Mike and Lisa McKee

Mike and Lisa McKee purchased the Vivid Recollections for the family of O.C "Corky". Send Flowers

Posted Sep 21, 2020 at 02:23pm
Wishing you peace to bring comfort, courage to face the days ahead and loving memories to forever hold in your hearts. 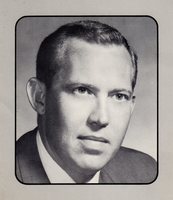