To share your memory on the wall of Garry Jones, sign in using one of the following options:

Garry was very athletic in his youth and his primary sport was baseball. Garry played baseball up until his senior year in high school and was being scouted by a Major League team from Texas. Unfortunately, after a bad ankle break during a game, he was unable to play at his peak performance level and his career was ended.

Garry graduated from Southeast High School in 1973 and immediately entered the work force. Garry worked hard to provide for his family. He was employed with Orkin, then Seaboard Wellhead. He later worked at Standard Builders and Nationwide Builders along with his brothers for many years. He and his brothers also had a home improvement business that was very successful. In the 80’s he and his wife Sue owned D&D Pest Control and made many friends and great memories together while serving their clients. Sue went to work for Oklahoma City Public schools in the 80’s and in the late 90’s Garry followed. He joined the Oklahoma City Public Schools maintenance department, which was a great fit for him because of his extensive knowledge in repairs, construction and pest control. He worked for OKC Public Schools for nearly 20 years and retired in 2016.

In the late 70’s Garry met Sue Mullins. They turned out to be a perfect match and soon after were engaged. When they were dating they enjoyed going dancing together. Their favorite tunes to dance to were disco or country.

On February 1, 1980 Garry and Sue tied the knot in Oklahoma City and made a lifetime of memories together.

Garry was an avid sports fan and was crazy about OU Football. He was a Sooner fan through and through. He also had a love for classic cars. He enjoyed going to car shows and checking out the new projects his family members were restoring at their garage.

Garry had a few hobbies but above all his family was his real joy. He enjoyed family meals, special events and cookouts, as well as traveling together. They made great memories during their trips to Disneyworld, Branson, and Six Flags. Garry and his wife’s most memorable trip together as a couple was for their 16th wedding anniversary when they went to Hawaii. Those fond memories are more important now than ever.

Garry was a family man, a great husband, dad, papa, brother and a true friend. He knew how to make someone smile and was always there to lend a hand. Although he is no longer with us, Garry’s legacy will live on through the lives he touched.

Whether you knew him as Garry, Dad, or Papa, his presence will be deeply missed and never forgotten.
Read Less

To send flowers to the family or plant a tree in memory of Garry Jones, please visit our Heartfelt Sympathies Store.

Receive notifications about information and event scheduling for Garry Jones

We encourage you to share your most beloved memories of Garry Jones here, so that the family and other loved ones can always see it. You can upload cherished photographs, or share your favorite stories, and can even comment on those shared by others.

Steven D Chaney, Love,Dan and Donna, and other have sent flowers to the family of Garry Jones.
Show you care by sending flowers

Posted Oct 02, 2020 at 07:29pm
So very sorry for the loss of Garry. Praying for peace, comfort, and understanding for you and the family in this time of great trial. We are heartbroken on earth but the reunion in our Father's House will be wonderful.
Comment Share
Share via:
SC

Flowers were purchased for the family of Garry Jones. Send Flowers

Posted Oct 02, 2020 at 09:55am
Uncle Garry will always have a special place in our heart. We Love you and will miss you dearly. Ron, Monica, Ryan, and Megan

Posted Oct 01, 2020 at 11:26am
Sue, we are sorry for your loss, hope you are feeling better from the covid,we love you and your family and we are praying for you

Love,Dan and Donna purchased flowers for the family of Garry Jones. Send Flowers 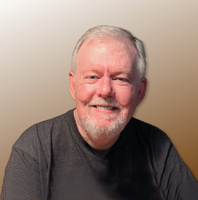