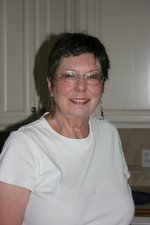 Sarah Elizabeth Kuhn Welte was born December 1, 1941 in Oklahoma City the daughter of Dr. John Frederick and Agnes Jennings (Adair) Kuhn, Jr.. She completed this life on Friday, October 9, 2020 at the age of 78.

Sarah was raised in Oklahoma City where she graduated from Harding High School in 1959. She went on to obtain her Bachelor’s degree from the University of Oklahoma and her Master’s degree from Oklahoma City University. Along with her sister, Patsy, she founded Pathways Child Development Montessori School. She was a teacher and directed the toddler program from 1970 until 1992. Sarah then became a Treatment Case Worker at OKDHS Child Welfare from 1998 until 2004. Sarah and her family were charter members and very active in St. Stephen’s Presbyterian Church.