To share your memory on the wall of Earl Mills, sign in using one of the following options:

Print
Earl Deane Mills, our precious husband and dad moved on to greener pastures on Friday, October 16, 2020. Earl was born on Feb. 18, 1931 in Chalk, TX to W. Walter and Ethel J. Mills. He started his education in a two-room schoolhouse at South Center... Read More
Earl Deane Mills, our precious husband and dad moved on to greener pastures on Friday, October 16, 2020. Earl was born on Feb. 18, 1931 in Chalk, TX to W. Walter and Ethel J. Mills. He started his education in a two-room schoolhouse at South Center Point near Ringling, OK where he was taught by his mother and father. In ’43, his family moved to Yukon where Earl helped on the farm and graduated Yukon High School in ’47. He went on to college at Central State in Edmond where he graduated in ’51 with a degree in Business Administration. He met his first love, Beverly Burgess, while working at Oklahoma Farm Bureau Mutual Insurance Co., and they married in Dec. of ’52. Earl and Beverly had four children Wayne, Steve, Bob and Kathy, with Kathy being born in ’59, the same year he graduated from law school and passed the bar. Earl started his law career as an Assistant County Attorney. He entered into private practice as a trial attorney in ’63 and was a partner at Foliart, Mills and Niemeyer for 21 years. One of his proudest moments, however, was when he started his own firm with two of his sons, Wayne and Bob, and Reggie Whitten. During that time, he met and married his second love, Sandy Waggoner in July of ’96.
One of Earl’s other loves was weekend cowboying. Because he looked the role when on his horse with his cowboy hat on, he was sometimes called “the Marlboro Man”. Every Saturday like clockwork, Earl would rise, go out to the farm, saddle up and count cows and check the fence line. He and his sons (much to their chagrin) built what felt like to the boys hundreds of miles of fence. He thought there was nothing better than to look out on a pasture full of steers or to smell a field of alfalfa being cut. He was heard more than once declaring “Ahh, God’s country” as he looked out over the farm.
When Earl retired from the practice of law in 2000, his family threw him a big retirement party. Unable to stay idle, Earl was back in the office the very next Monday morning. He did, at least, start slowing down and eventually became a mediator at Dispute Resolution Consultants in 2004. After he ended his career once and for all, Earl had to stay busy, so he and Sandy did some traveling, he continued his weekend farming, he went to OU games, and he and Sandy had a standing Friday night babysitting job watching three of their grandkids. He soon had several more grandkids that loved him and kept him active.
Earl loved practicing law and was a mentor to many still practicing today. He practiced with decency, civility, firmness when necessary, and his favorite word – preparation, preparation, preparation. He was well respected, even by those he opposed in the courtroom. He was a man of genuine humility and simple needs. He was always ready to give his advice on just about any subject whether requested or not. How many times did we hear “I don’t want to tell you what to do, but if I were you…” and then he would tell us exactly what he wanted us to do. He could be very persuasive, and, of course, almost always right.
Dad, you were a legend in the legal world, but you were our rock. You could be stern, but we never doubted your love. Your family always came first, and you were supportive whether you agreed with what we were doing or not. Through your hard work, you gave us the chance to better ourselves. You expected a lot from us, but you gave us everything.
Earl is preceded in death by Beverly Mills and son Steven E. Mills. He is survived by his wife Sandy of Yukon; his sister Edith Powell, OKC; children Wayne and Gaye Mills, NC, Bob and Carol Mills, Edmond, Steve and Kathy Mansell, Jones, Greg and Candice Waggoner, Moore; grandchildren, Conan Mills, Currie Knowles, Cole, Ryan and Trevor Mansell, Kristi Hutton, Madeline, Emma, Kaden and Ty Waggoner; great grandchildren, Kyle, Carlie and Maylie Knowles, Drake, Brody and Brynan Hutton.
The family would like to extend their love and gratitude to those at Heritage Point of OKC and to Becky Hatchel of Traditions Hospice, for the loving care they showed Earl during his stay there. They went over and above and we will forever be in your debt.
Services for Earl will be at Church of the Servant on Friday, Oct. 30, 2020 at 1:00 P.M., where masks and social distancing will be practiced. In lieu of flowers, the family would prefer donations to the Alzheimer’s Association, at www.alz.org
Livestream at servantokc.org/watch
Read Less

To send flowers to the family or plant a tree in memory of Earl Deane Mills, please visit our Heartfelt Sympathies Store.

Receive notifications about information and event scheduling for Earl

We encourage you to share your most beloved memories of Earl here, so that the family and other loved ones can always see it. You can upload cherished photographs, or share your favorite stories, and can even comment on those shared by others.

Reggie Whitten and Michael Burrage sent flowers to the family of Earl Deane Mills.
Show you care by sending flowers

Posted Oct 29, 2020 at 09:45am
Wishing you peace to bring comfort, courage to face the days ahead and loving memories to forever hold in your hearts.

Posted Oct 27, 2020 at 09:12am
Another giant of the trial bar has passed. RIP, Earl. What Earl taught me as a young lawyer and as an "old" lawyer was how to disagree without being disagreeable. He was the epitome of a gracious, civil and humble gentle man and gentleman. His legacy lives on with those he mentored in the legal profession and in life. To the family, my heartfelt condolences.
Robert C. Margo
Comment Share
Share via:
HS

Posted Oct 26, 2020 at 01:31pm
We are so thankful for all the wonderful memories we have with Earl. What a blessing to have known such an incredible man!

Flowers were purchased for the family of Earl Mills. Send Flowers 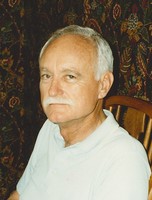 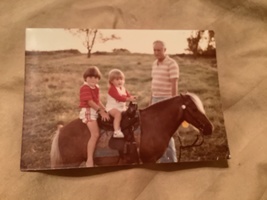 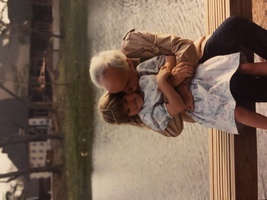 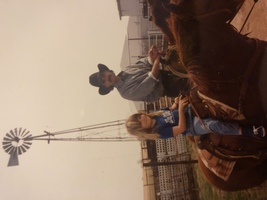