To share your memory on the wall of Robert Tinsley, sign in using one of the following options:

Robert E. Tinlsey went to be with the Lord on Thursday, October 22, 2020 at the age of 93. Robert was born December 12, 1926 to William and Vera Tinsley in Britton, Oklahoma. He was raised and attended school in Oklahoma City, along with his brothers Bill, Elmer, Frank, and Howard, and sisters Lorene, Pauline, Thelma, Mary and Viola.
Robert's first marriage was in 1948 to Renee Claire Cornwell, and they were blessed with one girl and six boys, Don Byron, Mike, Wayne, Terri, Tom, Keith and Kenneth.
Later on, Robert met the love of his life, Laura Ozment, and the two were married June 29, 1973. He loved his family dearly and worked hard to support his wife, building a life together with her. After many years as a mechanic (both auto and machine), and a small business owner, he decided it was time for a change of pace. He eventually finished his career with the US Postal Service as a Rural Route Carrier. He enjoyed the scenery and the kind people he met during his time as a postal worker. He retired from the USPS after 11 years in 1990, and was able to focus on spending more time with his wife and family.
Robert's faith in God was of paramount importance to him, and he was active in his church, Southern Hills Baptist Church. He was a Sunday School teacher for four years - teaching the Seekers Sunday School Class. He enjoyed golfing, traveling, fishing, boating and camping. His favorite courses to play were Hidden Trails (formerly Willow Creek), Lincoln Park and Hefner Golf Course. He played in many tournaments over the years and enjoyed the game tremendously. Robert also enjoyed traveling with his wife - as evidenced by the fact that they visited all 50 states! One of his most memorable vacations was his and Laura's cruise to Alaska, and their fall foliage bus trip to New England. The memories they made on their trips are even more important now than ever before.
Robert made an impact during his time here on earth. He touched many lives throughout his journey and will be will be deeply missed by his family and friends.
Robert was preceded in death by his son, Don Byron, his parents William and Vera Tinsley, brothers Bill and Elmer, and all five sisters, Lorene, Pauline, Thelma, Mary and Viola.
He is survived by his wife of 47 years, Laura Mae Tinsley, son, Mike Tinsley and wife Karen, son Wayne Tinsley and wife Carol, daughter Terri Bradburry and husband Mike, son Tom Tinsley, son Keith Tinsley, and son Kenneth Tinsley; grandchildren, Tony Hanson, Bobby Wayne Tinsley, Alicia Kelsey, Christina Joppa, Jessica Smith, Elizabeth Earehart, Nathan Tinsley, Jonathan Tinsley, Natalie Lanman, Kali Tinsley, Kaitlyn Tinsley, Kayla Tinsley, Shannon Nation, Tyler Nation, Kristopher Tinsley and Kahra Tinsley; and great grandchildren, Arysa Puckett, Braylen Puckett, Gabe Hannon, Kadence Hannon, Rylan Smith, Carson Tinsley, Aden Lanman, Zane Lanman, Allison Mcdonald, Alanna Hanson, Jordan Earehart, Logan Earehart, Haven Quinn Nation, Matthew Casey, Ashleigh George, Breana Tinsley, Tristen Tinsley, Tyler Allen, Austin Allen, and Devan Allen; great great grandchildren Isabella Casey, Emily Casey and Jack Cook; many nieces and nephews, as well as many extended family and friends.
Read Less

To send flowers to the family or plant a tree in memory of Robert E.. Tinsley, please visit our Heartfelt Sympathies Store.

Frank & Carolyn Burnett and Gilberta and Henry Kellogg sent flowers to the family of Robert E.. Tinsley.
Show you care by sending flowers

Posted Oct 23, 2020 at 09:39am
So sorry for your loss. My thought and prayers are with you all during this difficult time. May you find comfort in God's love and grace. 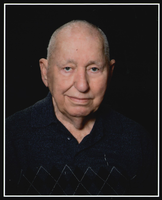