To share your memory on the wall of Hardy Williams, sign in using one of the following options:

Print
Memorial services are being planned for mid-December, details to follow in a few days

In lieu of flowers Susan requests that donations to the Regional Food Bank of Oklahoma City via the website below or
by calling (405) 972-1111<... Read More
Memorial services are being planned for mid-December, details to follow in a few days

In lieu of flowers Susan requests that donations to the Regional Food Bank of Oklahoma City via the website below or
by calling (405) 972-1111
https://secure3.convio.net/rfbo/site/Donation2?df_id=6504&6504.donation=form1


On November 7th 2020 Hardy Williams completed his journey here on earth at age 79. A devoted husband, father and friend he leaves behind a long list of people whom Hardy’s life and caring has made a significant impact. Hardy passed from this world from his home in Oklahoma City and is survived by his devoted, loving wife, Susan, their three children, two sons David and Scott, and a daughter, Jeannie Miller and their families, which include five grandchildren and two great grandchildren. Hardy is also survived by his sister, Jane Thurston and her family in Colorado.


Henry Hardy Williams was born on December 31st 1940 in Oklahoma City OK to Olen and Katherine Williams. He grew up in a modest home on SW 20th in Oklahoma City. He attended Northwest Classen High School where he made several lifelong friends. Hardy’s continuing education took him to Stillwater OK where he attended Oklahoma State University. There he studied business and more importantly, it was there where he met the love of his life, Susan Derry Mann.

Hardy accepted a job at Sears in Oklahoma City in the credit card department, an emerging new business section at that time for most consumers. After four years at Sears he took a position at Friendly Bank in Oklahoma City where he became a Sr. Commercial Loan Officer.

Hardy loved his job and proceeded to work in banking for the rest of his career - over 46 years. He survived bank mergers, and buyouts, and many other changes throughout. Hardy’s main focus was always about how all of these changes would affect his customers.

Hardy also enjoyed serving on the board at the YMCA and the South OKC Chamber of Commerce and made many friendships through these organizations. His kids said it was difficult to go anywhere in public with their Dad without someone coming up to say hi. He really enjoyed the array of people he was able to know over the years and their unique talents and kind words.

Hardy started attending church with Susan soon after they began dating. The Community of Christ church and his growing faith in Jesus Christ became a significantly important part of their relationship. He became more engaged with the church and was baptized in 1964 just before they were married

His dedication to the church never waned. He provided encouragement and guidance to all who asked, and was always a trusted source of knowledge. His presence in the congregation was a welcome spirit of peace and steadfastness.

Hardy cherished his family and truly loved getting family together for a good meal and times of laughter and fun. Although he was not a huge board game player, he did enjoy a sporting game of Mexican train dominoes from time to time…as long as there was some good cheese and crackers available. He also enjoyed a competitive game of corn-hole or horse shoes. Most of all, he simply enjoyed being with friends and family.

The family asks each of you to reflect back on the impact Hardy has had on your life...the advice he gave, the ministry he provided, and the friendship he extended. His heart lives on in each of us and we all have been blessed by being under his care and tutelage at some point in our lives. Share with each other....and when the time is right, we would love to hear those stories and the impact Hardy has had in you. Please feel free to post those comments in this site or send to Heartofchrist70@gmail.com

We welcome your prayers for the family and watch for more updates as they become available.
Read Less

To send flowers to the family or plant a tree in memory of Hardy Williams, please visit our Heartfelt Sympathies Store.

Receive notifications about information and event scheduling for Hardy

We encourage you to share your most beloved memories of Hardy here, so that the family and other loved ones can always see it. You can upload cherished photographs, or share your favorite stories, and can even comment on those shared by others.

Guaranteed hand delivery by a local florist
B

Posted Nov 28, 2020 at 04:12pm
Saddened to hear that Hardy left this world. We all truly know he’s with our Heavenly Father now. I pray that the Lord gives each one of you a comfort during this time that only He can give. Lifting each one of you up in prayer. I was blessed to know him via the COC & St. Groves. I always enjoyed his smile and his faith in God.
Comment Share
Share via: 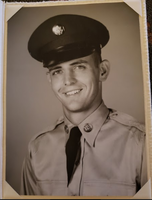 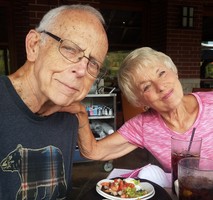 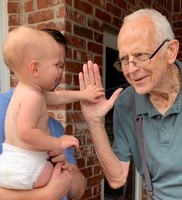