To share your memory on the wall of Kay Coleman, sign in using one of the following options:

Diana Kay Coleman, fondly known as Kay, went to be with our Heavenly Father on Tuesday, November 10, 2020 at the age of 70. The daughter of Cleo (Krebbs) Hacker and Paul Hacker, Jr, Kay was born on March 10, 1950 in Oklahoma City, Oklahoma. Kay graduated from Southeast High School in 1968. She met and married the love of her life, Michael Frederick Coleman on July 20, 1968. This union of marriage was blessed with two daughters, Shelly and Shannon. Kay began working as the bookkeeper for Gold-N-Weld, the family business. Later she worked in the accounting department at Mercy Hospital, before becoming a receptionist at a dental office. Kay was a loving wife, devoted mother and wonderful homemaker. Her family was her pride and joy! The family get-togethers were highlights in her life. She was the absolute best cook, according to her family who was often times blessed to receive her excellent creations. Very competitive in nature, Kay coached the girls’ softball team when younger, and later in life was always up to challenge anyone to a game of dominoes or cards. Many times after hours of playing cards with family, you could find her in the kitchen cooking breakfast early in the morning for all. Kay was also blessed with a green thumb. Her flowers and gardens were always beautiful. She loved her church and beloved church family very much. Initially attending Southeast United Pentecostal Church, later known as Southern Oaks United Pentecostal Church. Kay enjoyed singing at church and hearing God’s word. After becoming ill, she made us show her how to tune in online. One thing she loved most was having the church youth, along with her own girls, over to play volleyball and to feed them. Another favorite pastime of Kays was to travel to beautiful places and camping at the lake with her husband and family. Kay was loved by all who knew her and she will be deeply missed.

She was preceded in death by her:
Parents; Paul Hacker, Jr and Cleo Hacker;
Husband, Michael Frederick Coleman, who died on January 6, 2002;
Brother, Jonathan Aaron Hacker.

To send flowers to the family or plant a tree in memory of Kay Coleman, please visit our Heartfelt Sympathies Store.

Receive notifications about information and event scheduling for Kay Coleman

We encourage you to share your most beloved memories of Kay Coleman here, so that the family and other loved ones can always see it. You can upload cherished photographs, or share your favorite stories, and can even comment on those shared by others.

Melanie and Mason Wiggins, Charles and Cecile Dots sent flowers to the family of Kay Coleman.
Show you care by sending flowers 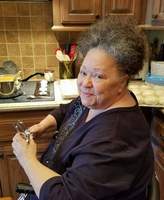