To share your memory on the wall of John \"Bodie\" Curtis, sign in using one of the following options:

Bodie was a lover of many different pastimes. He loved playing fast pitch softball, and was an All-Star catcher. For many years, he raised race horses and even raced them. He was no stranger to hard work. He picked cotton, was a butcher at Safeway and Schwabs, and later began a career with Goodrich Chemical Co. Finally Bodie had found his niche. He and four other entrepreneurs began Five Star Chemical Corp., a career that enabled him to provide for his family, which was something he greatly enjoyed.

Bodie was preceded in death by his:

He is survived by his:

To send flowers to the family or plant a tree in memory of John "Bodie" Boatner Curtis, please visit our Heartfelt Sympathies Store.

Receive notifications about information and event scheduling for John "Bodie"

We encourage you to share your most beloved memories of John "Bodie" here, so that the family and other loved ones can always see it. You can upload cherished photographs, or share your favorite stories, and can even comment on those shared by others. 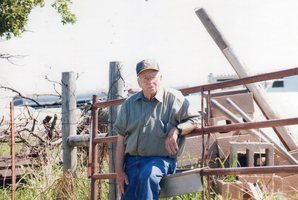