To share your memory on the wall of Darrin Early, sign in using one of the following options:

Darrin, 47, joined his Lord & Savior on Tuesday, November 24, 2020. He was born in Portland, Oregon on January 17, 1973 to Dennis & Shari (Smith) Early. Darrin was raised in Palmdale, California where he graduated from Palmdale High School in 1991. Darrin continued his education at Mid-America Bible College, now MACU, in Oklahoma City graduating with a Bachelor’s of Science in Vocal Performance & Bible Theology. He married Jeana Marie Shackleton in January of 1999 at Belle Isle Community Church, later their lives would be blessed with three beautiful daughters Aurian, Brooklyn, & Falyn. He was ordained as a minister in the Church of God in 2002. Darrin served in all capacities of church ministries beginning in Pryor, Oklahoma, then he was called Houston, Texas, following this the communities of Yukon, Oklahoma; Wichita, Kansas & Danville, Kentucky. Darrin genuinely loved people, serving others & carried with him a passion for sharing the love of Christ through his daily walk & his gift of music, he touched countless lives through his chaplaincy with Oklahoma Hospice Care where he provided ministerial & prayerful support to many individuals facing their final days on earth. Darrin found great solace in music; he was a wonderful guitar player, singer & had written several songs, along with this Darrin enjoyed engineering & recording music he created numerous CDs of he & Jeanna singing as well as a CD with a compilation of several songs that he had written. Darrin served his Lord with all his heart & while we are saddened by our sudden loss, we rejoice in Heaven’s gain, looking forward to a great reunion day!

Darrin was preceded in death by his:
Father, Dennis; and his father in law Martin Shackleton.

Darrin was a lover of all God’s creatures & we would be remiss not to mention his two dogs Bobo & Sunny who were always by his side.
Read Less

To send flowers to the family or plant a tree in memory of Darrin Roy Early, please visit our Heartfelt Sympathies Store.

Receive notifications about information and event scheduling for Darrin

We encourage you to share your most beloved memories of Darrin here, so that the family and other loved ones can always see it. You can upload cherished photographs, or share your favorite stories, and can even comment on those shared by others.

Posted Jan 16, 2021 at 07:39am
May this gift serve as a blessing and reminder of a life well lived in service to our Lord and Savior Jesus Christ. - James and Sharon Barnes 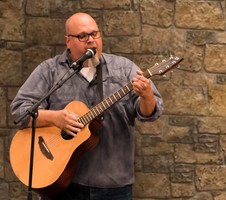 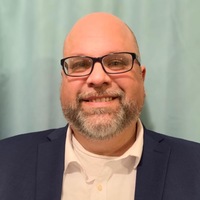