To share your memory on the wall of Harry Wilson, sign in using one of the following options:

Print
The family suggests that memorial contributions be made to St. Luke’s Music Ministry, The Sisters Fund at St. Anthony Hospital or the Will Rogers High School Foundation in Tulsa


Harry Layne Wilson, Sr., 87, went to his heavenly ... Read More
The family suggests that memorial contributions be made to St. Luke’s Music Ministry, The Sisters Fund at St. Anthony Hospital or the Will Rogers High School Foundation in Tulsa


Harry Layne Wilson, Sr., 87, went to his heavenly home surrounded by his family, on Thanksgiving Day, November 26, 2020. Harry was born to Harry Alexander & Lora Esther Rowe Wilson on April 27, 1933, in Tulsa, Oklahoma where he resided until 1969 when he & his family moved to Oklahoma City. Harry graduated from Tulsa’s Will Rogers High School in 1951 & the University of Tulsa in 1956 with a degree in Radio & Television production. He worked in the Tulsa broadcast industry at KAKC & KTUL-TV receiving numerous civic & state honors for his efforts to improve the infrastructure in the city. In 1956 Harry married Doris Jean Triplett, of Jay, Oklahoma. They were proud parents of two beautiful daughters, Lee Ann & Debra Jean, & a personality plus son, Harry Layne Jr. The family enjoyed boating on Grand Lake & Lake Texoma where they spent many great summer vacations. In 1969 Harry & his family moved to Oklahoma City to take a position with the Oklahoma Department of Tourism & Recreation. Harry was responsible for all Oklahoma tourism promotion & service efforts. Upon the creation of the OKC Convention & Tourism Center in 1974, Harry directed a nation-wide effort to promote Oklahoma City as a convention & tourist destination. In 1978 Harry, was named V. P. of Development at Baptist Medical Center & four years later accepted a similar position at St. Anthony Hospital where for 20 years he headed fund raising & neighborhood redevelopment efforts until retirement in 2001. He helped establish the Midtown Redevelopment Corporation on behalf of the hospital & was a member of numerous commissions, boards & civic committees. He became a member of the Downtown Rotary Club in 1974 & was President of the club in 1988-89, recording 41 years of perfect attendance. Harry was a Regent of Oklahoma City Community College for fourteen years & member of the Oklahoma City Public Schools Board of Education for four years. He Chaired the OKC Urban Design Commission reviewing numerous downtown redevelopment projects including Automobile Alley, the Plaza & Asian Districts. After retirement he continued his civic involvement serving as President of his Neighborhood Association for nine years & as an advisor for various political campaigns. In 2015, in observance of his many contributions to our city, Harry was named Citizen of the Year by the South OKC Chamber of Commerce. Before & after retirement, Harry & his lovely wife Doris enjoyed their condominium in Frisco, Colorado, especially the family trips over 4th of July, and spending their summer vacations there with long side trips to National Parks in Wyoming, Montana, Utah, Arizona, Texas, Florida, Virginia & North Carolina. Among his other interests Harry was an avid train enthusiast & following the history of trains. Harry & Doris celebrated their 64th wedding anniversary (July 7th) before his death. Harry was preceded in death by his beloved granddaughter, Sarah Rose Million in 2018. Harry is survived by his wife, Doris, and his children & their families: Dr. Clark & Debra Million & their daughter Mary Layne; Skip & Lee Ann Rodgers & their daughters Lucy & Carly; and Layne & Lucy Wilson & their children Jonathan & Ivy.
Harry loved America, his wonderful wife Doris, his children & grandchildren, his community, St. Luke’s Church, University of Oklahoma sports, ski trips with the OKC Ski Club, the Rotary Club of Oklahoma City, & St. Anthony Hospital. All were very kind to him & added great substance to his life. To all my friends I say “THANK YOU” & may your lives be blessed. Visit www.vondelsmithmortuary.com to share a memory or condolence with the family.
Read Less

To send flowers to the family or plant a tree in memory of Harry Layne Wilson Sr., please visit our Heartfelt Sympathies Store.

Receive notifications about information and event scheduling for Harry

We encourage you to share your most beloved memories of Harry here, so that the family and other loved ones can always see it. You can upload cherished photographs, or share your favorite stories, and can even comment on those shared by others. 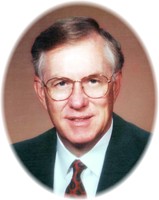 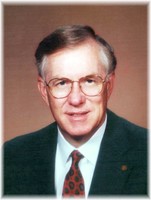