To share your memory on the wall of Thomas Carpenter, sign in using one of the following options:

Thomas James Carpenter was born October 10, 1936 in Rutherfordton, North Carolina, the son of Darious and Evelena (Logan) Carpenter. He completed this life on Thanksgiving Day, November 26, 2020 at the age of 84 years in Oklahoma City, Oklahoma.

Thomas loved Family and especially his grandchildren, duty, the green hills of Rutherford County NC, OU football, a good laugh and his wife Yvonne. He enjoyed reading, a good challenge, and was a self-ordained mechanic, handyman, plumber, and grill-master. He took great pride in his work and was always willing to lend a helping hand to those who matter most. Some areas of his still in development were being kind to phone or door to door solicitors and everything mentioned above that he was self-ordained. He had horrible handwriting, great confidence, somewhat reserved, and was highly intellectual. He feared God and was extremely loyal.

His family and friends affectionately address him as TJ in the Tar Heel State. TJ along with his twin sisters, Janette and Geneva were born and raised in the Rutherfordton and Spindale areas of North Carolina located in the foothills of the picturesque Blue Ridge Mountains. His mother Evelyn died when he was five, so he was mostly raised by his grandmother. As a young man, he was taught to respect his elders, work hard for whatever he wanted, and was dared to dream big. These dreams turned into aspirations which took him on an amazing journey. After graduating high school, he joined the U.S. Air Force and served time as an air traffic controller on an aircraft carrier during the Korean War. After fulfilling his commitment, he studied Engineering at North Carolina Agriculture and Technology Institute. He furthered his education by completing the Master’s program, in 1971, at the University of Oklahoma where he went on to earn, in 1980, his Doctoral Ph.D.

Shortly after receiving his masters, he was introduced to Yvonne, by her brother Carver, who became his absolute love of his life. He married Yvonne Elaine Harrison on Aug. 23, 1969 in Tulsa, OK. They moved to Oklahoma City where he worked for the City of Oklahoma City, working up the ranks from a lab chemist and eventually retiring as the Superintendent of Public Works. They raised their sons in Oklahoma City and were members of the Anglican Church of the Holy Cross.

Memorials may be made to the Anglican Church of the Holy Cross , 10509 N. Council Road, Oklahoma City, OK 73162. A private viewing for the immediate family will take place on Thursday December 3, 2020 at the Vondell Smith Mortuary located at 13125 North MacArthur Blvd, Oklahoma City, OK 73142. Vondel Smith Mortuary (Vondelsmithmortuary.com) will also dedicate a webpage that will include the obituary, memory wall for condolences and book of memories. Due to the egregious nature of this pandemic and strict CDC guidelines, we will not have a repass or wake following the funeral service. Instead, we ask you to utilize the dedicated web page for your condolences, prayers and well wishes. It is an extremely difficult decision for the family not to host our beloved and awesome network of family and friends. However, we think what is most important right now is keeping everyone safe.

Jesus said to her, “I am the resurrection and the life. The one who believes in me will live, even though they die; and whoever lives by believing in me will never die. Do you believe this?”John 11:25-26
Read Less

To send flowers to the family or plant a tree in memory of Thomas James Carpenter, please visit our Heartfelt Sympathies Store.

Receive notifications about information and event scheduling for Thomas

We encourage you to share your most beloved memories of Thomas here, so that the family and other loved ones can always see it. You can upload cherished photographs, or share your favorite stories, and can even comment on those shared by others.

Heather and Chris Zemanek and PL Jenkins sent flowers to the family of Thomas James Carpenter.
Show you care by sending flowers

Posted Dec 03, 2020 at 01:49pm
Still to this day, I remember when Cousin TJ would bring his family to NC and I would get to hang out with his sons. I am also thankful that I got a chance to visit him and his family in Oklahoma a few years ago. Wonderful human being and a wonderful family (my cousins)!
Comment Share
Share via:
HZ

Posted Dec 03, 2020 at 11:33am
Let these roses remind you of the love shared with Thomas James. He will be forever in our hearts. Love, Patricia, Linda, Steve, and James Logan. 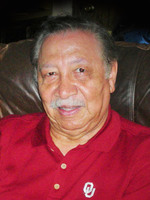 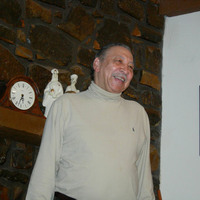 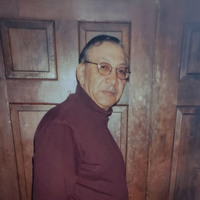