To share your memory on the wall of John Pickens, sign in using one of the following options:

To send flowers to the family or plant a tree in memory of John Bennett Pickens, please visit our Heartfelt Sympathies Store.

There are no events scheduled. You can still show your support by sending flowers directly to the family, or planting a memorial tree in memory of John Bennett Pickens.
Visit the Heartfelt Sympathies Store

3 trees were planted in the memory of John Pickens

Posted Jan 06, 2021 at 08:56am
Jennifer, We are so sorry for your loss. You and your family are in our prayers. Our warmest condolences,

Posted Jan 04, 2021 at 04:54pm
John Pickens and I were friends beginning at John Marshall High School from 9th grade to our senior year of 1965. He loved to impersonate Jonathan Winters and had all his routines memorized. He performed them often at school talent assemblies. I remember his stories of a summer with his dad on American Samoa--three months of being barefoot and wearing only a swimsuit. He shared great and funny stories of his life in his slow-paced and articulate oral delivery. We followed each other through college (different universities) and were pleased to discover in our late 20s that we lived only blocks away in The Village. I followed his career with two newspapers as he jumped from one to the other, then back again. It's always a compliment when a company takes you back. There was a time in my life when I needed a friend to cry on. He and his wife, Joy, were there for me when few others could help. Some acts of kindness can never adequately be repaid, but I told him often that I owed him in perpetuity for his friendship and support. I am blessed to have been his friend. 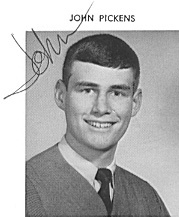 Thank you for sharing this wonderful tribute. 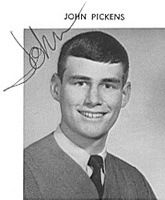 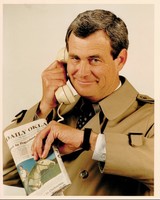 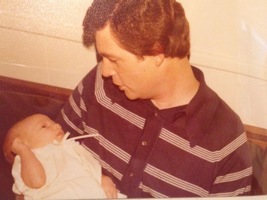