To share your memory on the wall of Mavis Rogers, sign in using one of the following options:

Mavis Michelle Rogers entered Heaven’s gates on January 5, 2021 at the age of 63. The daughter of Dean Leon Sharr and Emma Jean (Harris), Mavis was born August 26, 1957 in Monterey Park, California. She was the baby of four siblings. Mavis achieved her GED and afterwards went on to complete some College classes as well. On July 4, 1973 Mavis married Ron Rogers, out of this marriage came their first born, Ronnie. Although life led them in different directions they would reunite in marriage on December 4, 1993.This was their new lease on life. It’s safe to say that Ron and Mavis were true soul mates.This second chance led to the birth of Michelle, who not only was the daughter she always wanted but also her very best friend. In her young adult life Mavis was very accomplished in the Printing Industry, working for multiple companies including SWACO Geolograph, Bowman Printing, Times Journal Publishing Company and Rodgers Litho West, ultimately achieving the position of Shipping/Receiving Manager. In 1995, Mavis opened MR Roof Inc, where she was the heart and soul of the company, acting as the President and owner until her retirement in 2016. Mavis enjoyed traveling, visiting 34 of 50 states in her lifetime and attending her beloved church, but most importantly she enjoyed her family. Other than her salvation, being a Wife, Mother and Nana was her greatest joy in life. She traveled to endless lengths to watch her children’s and grandchildren’s activities, whether it was watching OU softball games, baseball games, football games or dance routines, you could always count on her to be there. Mavis truly loved BIG and loved everyone she came into contact with. She was a loving wife, devoted mother, doting nana and dear friend that will be dearly missed.

Mavis was preceded in death by her:
Parents, Dean Sharr and Emma Jean Holt.

To send flowers to the family or plant a tree in memory of Mavis Michelle Rogers (Sharr), please visit our Heartfelt Sympathies Store.

Receive notifications about information and event scheduling for Mavis

We encourage you to share your most beloved memories of Mavis here, so that the family and other loved ones can always see it. You can upload cherished photographs, or share your favorite stories, and can even comment on those shared by others.

From the Pendleys and Megan Rolke & Tyler Payne sent flowers to the family of Mavis Michelle Rogers (Sharr).
Show you care by sending flowers

Posted Jan 11, 2021 at 01:10pm
We are very sorry for your loss. We are thinking about and praying for you. Jarrod and Ashley Whitehouse

Flowers were purchased for the family of Mavis Rogers. Send Flowers

Tender Tribute was purchased for the family of Mavis Rogers. Send Flowers

Flowers were purchased for the family of Mavis Rogers. Send Flowers

From the Pendleys purchased flowers and planted a memorial tree for the family of Mavis Rogers. Send Flowers 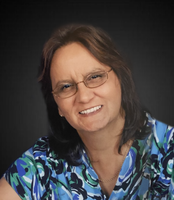 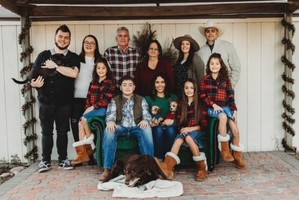 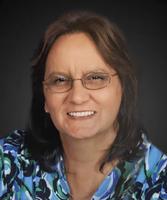 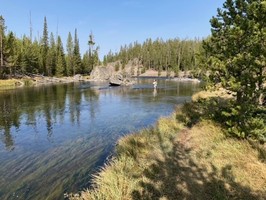