To share your memory on the wall of Ronald \"Ron\" Tinkham, sign in using one of the following options:

Ronald Tinkham, fondly known by all as “Ron”, went to be with the Lord on Thursday, January 7, 2021 at the age of 57. The son of Jimmie Eugene and Claudine (Singleton) Tinkham, Ron was born on September 19, 1963in Oklahoma City. Growing up, Ron attended South OKC schools and later graduated from U.S. Grant High School in 1981. After high school, Ron began working with his hands. He worked in the sheet metal manufacturing business and also worked as a bartender for many years. In his spare time, Ron enjoyed many activities such as playing BINGO, watching OU football and other NCAA sports, and loved making new friends. Ron will be remembered as a loving son, brother, uncle and friend, and will be forever missed.

He was preceded in death by his:
Parents; Jimmie and Claudine Tinkham.

To send flowers to the family or plant a tree in memory of Ronald "Ron" Tinkham, please visit our Heartfelt Sympathies Store.

We encourage you to share your most beloved memories of Ronald "Ron" Tinkham here, so that the family and other loved ones can always see it. You can upload cherished photographs, or share your favorite stories, and can even comment on those shared by others. 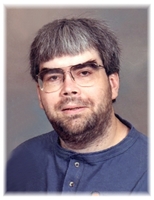 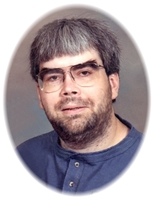