To share your memory on the wall of Mabel Toolate, sign in using one of the following options:

Mabel Mae Toolate passed away at her home on Friday, January 8, 2021. She was born on May 1, 1930 in Salina, OK to Jess & Mary (King) Rogers. Mabel attended school in Salina & later attended Nursing school at Emerson School in Oklahoma City where she graduated in 1962 as a LPN. During her early working years, she was caring for patients at Wesley-Presbyterian Hospital. Beginning in 1967, she started working as a private duty nurse & continued in this capacity until 1984 when she began a new chapter in her career working at OKCIC at the 1200 N. Hudson location. She continued there until September of 2017 only retiring due to her failing health. Mabel loved & enjoyed all the people at the clinic & being able to comfort those she served throughout her career. Mabel joined South Lindsey Baptist church on February 13, 1955 and this past year she celebrated the church’s 95th anniversary being their oldest living member.
Mabel was an avid Sooner Football & the Thunder Basketball Fan.

To send flowers to the family or plant a tree in memory of Mabel Mae Toolate (Rogers), please visit our Heartfelt Sympathies Store.

Receive notifications about information and event scheduling for Mabel

We encourage you to share your most beloved memories of Mabel here, so that the family and other loved ones can always see it. You can upload cherished photographs, or share your favorite stories, and can even comment on those shared by others.

Mohanta Sue Hart of Schalit, Dr saeed, and other have sent flowers to the family of Mabel Mae Toolate (Rogers).
Show you care by sending flowers

Posted Jan 11, 2021 at 06:44pm
Elroy and I really enjoyed the time, we spent with you, on our road trip to North Carolina. You are a very special lady and will certainly be missed.

3 trees were planted in the memory of Mabel Toolate

Posted Jan 11, 2021 at 03:55pm
Wishing you peace to bring comfort, courage to face the days ahead and loving memories to forever hold in your hearts. Will miss her .

Posted Jan 11, 2021 at 10:09am
Please accept our most heartfelt sympathies for your loss... "Mabel Toolate" will remain in our hearts forever.

Posted Jan 09, 2021 at 01:27pm
Mable has been a part of my life since I was 14 years old. She was a wonderful, wonderful lady. A great Mom, Grandmother and a healer of people through her work. I never lost touch with her, called her often on the phone to chat and keep up with her. I am so sorry for her passing and send my sympathies to Johnny and his family. She was a STRONG lady and we thought she'd be around for a long time. I'm so glad my sister Jan and I visited her a few weeks ago. We had a great time visiting and remembering old times. She was much loved by myself and my family and she will be greatly missed. At least we know she's reunited with Buster and her much-loved sons, Marvin and Pug. She missed them very much.
Comment Share
Share via: 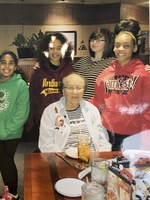 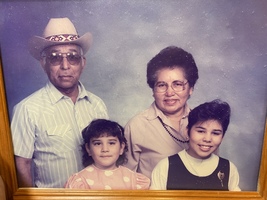 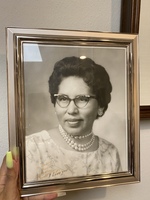