To share your memory on the wall of Bob Williams, sign in using one of the following options:

Print
In lieu of flowers please make donations to The Jockey's Guild. Scroll to the bottom of the page to donate online.

Robert Clayton Williams, Jr., known to most as “Bob”, 86, of Oklahoma City, OK went to be with the Lord on January 12,... Read More
In lieu of flowers please make donations to The Jockey's Guild. Scroll to the bottom of the page to donate online.

Robert Clayton Williams, Jr., known to most as “Bob”, 86, of Oklahoma City, OK went to be with the Lord on January 12, 2021. Bob was born in Marlow, OK on December 8th, 1934 to Robert C. Williams Sr. and Margaret Williams. At the age of 12, Bob moved to South Oklahoma City which would be his home for more than 70 years. In 1952, Bob graduated from Capitol Hill High School. Upon graduation, he went to work at Oklahoma National Stockyards. In 1953, Bob met Peggy Jean Barnett and they were wed in 1956. The couple celebrated 64 years of marriage. In June of 1957, they had their first child, Kimberly. In 1957, Bob was drafted to the army and in 1958, he was requested to try out for the Honor Guard, finishing first in his class. Bob and Peggy had 2 more children, Kelly in 1961, and Robert in 1962. After operating a successful trucking company, he went to work as the assistant trainer for Jack Brooks in 1980. He worked with Jack for 16 years. In 1996, Bob went on to train for himself. Bob Williams of Bob Williams Racing is one of the most well-known and respected horsemen in the Quarter Horse industry. He took the most pride in the fact that all 8 of his grandchildren have a college degree.

Bob is preceded in death by
his parents, Robert C. Williams Sr. and Margaret Williams
his daughter, Kimberly Voyles,
and his great grandson, Josiah Tripp Cauthen.

To send flowers to the family or plant a tree in memory of Bob Williams, please visit our Heartfelt Sympathies Store.

Receive notifications about information and event scheduling for Bob Williams

Donations are being accepted for: JOCKEYS GUILD INC.

We encourage you to share your most beloved memories of Bob Williams here, so that the family and other loved ones can always see it. You can upload cherished photographs, or share your favorite stories, and can even comment on those shared by others.

Posted Jan 15, 2021 at 11:03am
Deepest sympathy to all the family. Wish I would be with you. Much love, Linda & Rex Fleming (Jean Palmore Smith's daughter)
Comment Share
Share via:
HS

Flowers were purchased for the family of Bob Williams. Send Flowers

Flowers were purchased and a memorial tree planted for the family of Bob Williams. Send Flowers

Flowers were purchased for the family of Bob Williams. Send Flowers

Posted Jan 14, 2021 at 12:21pm
Bob has been my brother-in-law for 51+ years. Although the personal interaction between him and me was infrequent, we loved and respected each other. Peggy has been a dear friend to me as a sister-in-law. I have great memories when we both worked downtown OKC in the early ‘70s of meeting for lunch at Anna Maude Cafeteria. Bob and Peggy’s children, grandchildren, and greats are very dear to me, and I pray that great memories will bring comfort and peace to them in the days ahead. When we visited Bob in Ruidoso several years ago, he graciously cooked hamburgers for us one evening, all 10 of us, and we had a very enjoyable evening at his condo overlooking The Links. Charles and I will miss Bob. Rest In Peace.
Comment Share
Share via: 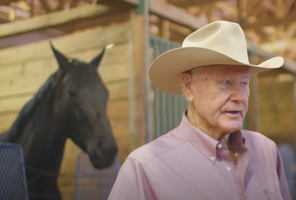 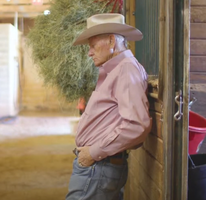 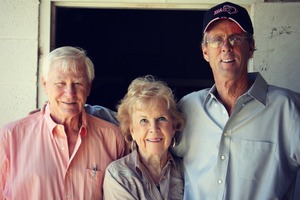 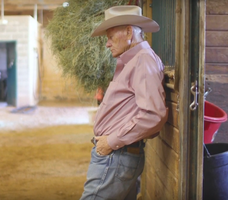