To share your memory on the wall of Jack Kilgore, sign in using one of the following options:

In 1947 Jack met the love of his life, Frances Friday. After a brief courtship, the two married April 25, 1948 at Shields Boulevard Baptist church in OKC. They were charter members and were the first couple to marry there. Jack and Frances were blessed with three children, Sandra, Pamela, and Scott; The couple loved their family dearly. Jack worked hard to support his family. He worked for the Oklahoma State Welfare Department and the United States Post Office before joining the Civil Aeronautics Administration (CAA), later known as the Federal Aviation Administration (FAA). His career at FAA lasted more than 38 years. As part of his career with the FAA, he relocated his family for an assignment in Frankfurt, Germany. They lived there from 1964 to 1966. Frankfurt was an adventure and enlightening experience for all of them. They made many fond memories and friends during their time in Germany but were happy to move back to the US in 1967 and be back home in Oklahoma..

Jack loved the Lord and raised his family in a Christian home. Over the years Jack and his family were members at a number of Baptist churches in OKC including Shields Boulevard, Southwood, Regency Park, Sharon, and Southern Hills Baptist. He and his wife loved to serve the Lord and get involved with the fellowship activities and made so many friends along the way.

Anyone that knew Jack, knew he was a family man. Making time to be a husband and father was important to Jack. He and his family had a second home at Arbuckle lake which was the destination for most weekends and holidays from 1972 to 2005. This time with the family and friends kindled precious memories that are still warm today. He especially enjoyed fishing with his grandchildren at Arbuckle and they all enjoyed eating the fish the following day with fish cooked in bacon grease in the iron pot over an open fire; hush-puppies too, of course. When Jack and Frances were able, they enjoyed traveling together and took many many memorable vacations together over the years.

Jack was a man of few hobbies, although fixing things around the house gave him a lot of satisfaction. But Golfing was at the top of his list after retirement. He took the opportunity to tee off as often as he could. He had a crew of golf buddies and their favorite course to play was Broadmoore; they often played at Earlywine as well.

Aside from golfing, Jack was also an avid reader. He was quite the history buff; not just American history, but he pursued some deep studies into ancient history, particularly biblical times - this was an immense aid when teaching his sunday school class. He also enjoyed reading non-fiction books and articles about all sorts of historic events. With that being said, Jeopardy was one of his favorite TV Shows. He watched nearly everyday and no one was allowed to call or interrupt him during the show. Most recently, Jack’s favorite pastime was playing dominoes with his many friends at Southern Hills Baptist Church.

Jack also spent many mornings at the local McDonalds with a breakfast group where they discussed the current state of the world - of course, the presence of vast experience and wisdom always resulted in solutions. Almost always by the time the bottom of the coffee cup had been seen.

There was hardly a week go by that Jack did not complete the daily crossword puzzle and crypto-quote before lunch.

One last thing … In 1967, as a new neighborhood and street was being established near 72nd and Blackwelder, Jack and Frances built and moved to a new home; the very one they still occupy today. They were instrumental in establishing an annual block party held literally in the middle of the street they lived on. This went on for many many years until the children matured and moved on. However, the relationships built during that time endured; never ended. Many of the neighbors remained on the street. But, even the ones that moved away never lost ties. All these years there were monthly get-togethers for a meal, to play card games, and of course keep up with the goings on in each of the extended families. With the passing of Jack there are only Frances and one other couple that remain. A true slice of Americana, if there ever was one.

Although Jack was known for his vast breadth of knowledge, he will be remembered for his persistent love of family (past, present, and future), his well wishes for everyone, and always available encouragement. Although he is no longer with us, his legacy will live on through the lives he touched along his journey here on earth.

To send flowers to the family or plant a tree in memory of Jack Kilgore, please visit our Heartfelt Sympathies Store.

Receive notifications about information and event scheduling for Jack Kilgore

We encourage you to share your most beloved memories of Jack Kilgore here, so that the family and other loved ones can always see it. You can upload cherished photographs, or share your favorite stories, and can even comment on those shared by others.

The Boyd Rayburn Family, Bonnie Grantham, and other have sent flowers to the family of Jack Kilgore.
Show you care by sending flowers

Posted Jan 23, 2021 at 12:35pm
To Frances, Pam, Kevin and the Kilgore family. I'm sorry I just heard about Jack's passing today, 1-23-21. Please accept my sincere, heartfelt condolences. My heart goes out to you all. Jack is now resting in the arms of Jesus. God Bless you all. My thoughts and prayers to the family.

Posted Jan 20, 2021 at 05:28pm
Pam, I am so sorry for the loss of your dad. May the promises of our Lord and Savior, Jesus Christ be a comfort to you and your family at this time. Amen God bless you. Edie Aitken
Comment Share
Share via:
TF

Posted Jan 20, 2021 at 03:54pm
Amazing Servant of our Lord And Savior....RIP in your castle on the streets of gold... Thank you for Loving Our Family ..Love and Treasured Memories..

The Boyd Rayburn Family purchased the Bountiful Rose Basket and planted a memorial tree for the family of Jack Kilgore. Send Flowers

Flowers were purchased for the family of Jack Kilgore. Send Flowers 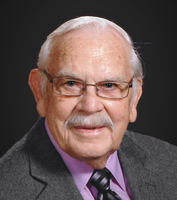