To share your memory on the wall of Richard \"Rick\" Lee Nelson, sign in using one of the following options:

Richard Lee Nelson gained his heavenly wings on Tuesday, January 19th surrounded by his loving family at the age of 74. The youngest son of Edna Marie (Wahl) and John Herbert Nelson of Enid. Rick was born June 24, 1946 in Enid, Oklahoma. While growing up Rick attended grade school, junior high and high school in Enid and graduated in 1965. Rick and his wife Phyllis met in high school when he was a junior and she was a sophomore. After graduation he attended OSU in Stillwater and joined the Air Force during the Vietnam era. He served as a B52 mechanic from 1966 through 1973 and earned the rank of Staff Sergeant. On July 25, 1966 Rick and Phyllis were married and traveled to Spokane, Washington where their daughter Melissa was born. Upon his discharge he worked at Wonder Bread until they closed the plant. He then started working for Frank’s Tomato and Banana House Inc. delivering fresh produce and making many friends along the way.
In his spare time he enjoyed his cattle and horses. He was also very talented at visitation while attending church at First Baptist Church of Cole. He was able with his brothers in Christ to get several families to come to church and join. He also served as deacon. He loved God, family and friends very much. He will be remembered by his goofy personality and big bright smile. He will be greatly missed by all who knew him.

To send flowers to the family or plant a tree in memory of Richard "Rick" Lee Nelson, please visit our Heartfelt Sympathies Store.

We encourage you to share your most beloved memories of Richard "Rick" Lee Nelson here, so that the family and other loved ones can always see it. You can upload cherished photographs, or share your favorite stories, and can even comment on those shared by others. 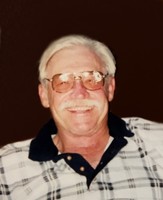 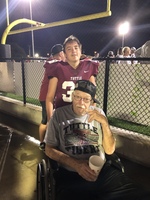