To share your memory on the wall of Newt Taylor, sign in using one of the following options:

Your condolence has been submitted for approval. There may be a delay before posting.

Newt’s father was a civil engineer who moved his family from Oregon to the Philippines to California back to Oregon before settling in Alaska. So, Newt was an adventurous child, often fishing with his father in the Pacific Ocean even though he got seasick. During this time he also developed a passion for big, noisy vehicles. He grew to be an intelligent, caring, and hard-working young man. In May of 1985, Newt graduated high school from East Anchorage High School and joined the Central Mat-Su Fire Department in Wasilla, Alaska. During his decade-long career there, Newt was a firefighter, rescue tech II, and engineer. He reached the rank of Lieutenant in 1988 and was awarded Firefighter of the Year. He was also a member of the Alaska State Firefighters Association.

Eventually, Newt wanted a change, so he bought his own semi-truck and began hauling trailers and ultimately classic cars. It was during this time that Newt met what was to be the love of his life, Alison. He sold his semi-truck in 1998 to spend more time with Alison and started working with Epoch Well Services, Inc. in Bakersfield, Ca. On May 29th, 1999, Newt and Alison were married in Bakersfield, Ca. A short time later, Epoch moved the newly married couple to Oklahoma City to open a branch for the company.

When oil industry took a downturn, Newt followed another of his life’s passions: his love of music. He started his own production company, QVR, providing sound, lights, stage for local events and churches. Through this work, Newt met numerous people who have become the best of friends and family. He provided sound/light services at Fresh Start Community Church, Westmoore Community Church, and Church of the Harvest, as well as many concerts around Oklahoma and its neighboring states.

Newt also had a love for his motorcycle. He rode with Los Carnales La Familia motorcycle club’s Lake Houston’s Chapter. Newt was approved to become a probate in the group. He loved riding with the club and found great joy in hanging out with all the guys. Newt always said that riding his motorcycle was his relax/chill time to decompress, although it gave great stress to his wife and daughter.

In all his work, Newt’s number one priority in life was to provide for his family. In addition to running his own business, he joined Action Safety working as a Smart Work Zone Manager; TNT Crane and Rigging, moving and setting up large cranes all over the nation; and Stone Trucking Inc, where he once again indulged his love of large equipment and specialized in super-heavy hauling of oversize equipment. No matter what challenges his work threw at him, Newt would always find a way to get the job accomplished. Due to COVID-19, Stone closed the doors and left Newt again looking for work. But once again God stepped in and placed him right where he needed to be. Newt’s management skills and work ethic brought him to the attention of Emmert International; they gave him not just a job, but a family to work with. The work at Emmert International allowed him to be home more with “Pride and Joy,” his beautiful wife and his three children. Because family time was important to Newt, he was the happiest he’d been in a long while. The family was able to spend a lot of time camping and taking the boat to the lake. Newt loved being on the boat and loved teaching the kids how to drive it and watching them on the towable behind it.

Newt is survived by his wife Alison, his son Quinn, his daughter Vivian, and his son Ryan, all of Oklahoma City, Oklahoma; his brother Jason Taylor, of Hollywood, California; several aunts, uncles, and cousins as well as many dear friends he considered family. Newt is preceded in death by both his parents: father, Wayne Taylor, and mother, Barbara Taylor.

The family would like to give a special thank you to the doctors—Vanama Yerra, MD; Rebecca Eagle, MD; and Ali Ashraf, MD—as well as the nurses—Ashley, Angie, and Emerson, and the entire staff at Norman Regional Hospital who all went “above and beyond” for Newt and his family during this difficult battle with COVID-19. We ask everyone to please keep all medical staff lifted in prayer; they are the truest heroes in the COVID-19 pandemic sweeping our country.
Read Less

To send flowers to the family or plant a tree in memory of Newt Taylor, please visit our Heartfelt Sympathies Store.

Receive notifications about information and event scheduling for Newt Taylor

Donations are being accepted for: OTHER OPTIONS INC.

We encourage you to share your most beloved memories of Newt Taylor here, so that the family and other loved ones can always see it. You can upload cherished photographs, or share your favorite stories, and can even comment on those shared by others.

Doris H Dunham, Isaac Mathai, and other have sent flowers to the family of Newt Taylor.
Show you care by sending flowers

Posted Jan 29, 2021 at 08:39am
Praying for peace, strength, hope, wisdom and clarity for you and the kids.. Love you all! Because of Newt reaching out to me, I came back to Christ.

Posted Jan 28, 2021 at 09:39pm
Alison, Our thoughts and prayers are with you and your family. Utah PTA loves you and is thinking of you at this tender time.

Love's Journey was purchased and planted a memorial tree for the family of Newt Taylor. Send Flowers

Flowers were purchased and a memorial tree planted for the family of Newt Taylor. Send Flowers 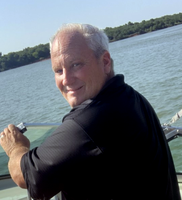