To share your memory on the wall of Terry Haynes, sign in using one of the following options:

Terry Dean Haynes was born to Boyd and Doris (Keef) Haynes in Woodward, Oklahoma on February 8, 1947. He passed away in Phoenix, Arizona at the age o... Read More
To view Terry's funeral service click here.

Terry Dean Haynes was born to Boyd and Doris (Keef) Haynes in Woodward, Oklahoma on February 8, 1947. He passed away in Phoenix, Arizona at the age of 73, after a long and courageous battle with cancer, on January 23, 2021.

Terry graduated from Northeast High School in Oklahoma City in 1965. He served his country during the Vietnam War in the United States Air Force. Upon his return, he went on to attend college at southwestern University in Weatherford, Oklahoma. After college, he began his career in the medical industry at Baptist Medical Center. Eventually, Terry became the administrator of clinical diagnostic radiology in Phoenix, Arizona, where he retired after 20 years. He was recognized nationwide as a radiology group administrator, receiving a number of awards and accolades. Retirement did not sit well with terry. He, along with his wife and a son, started trinity health transit, a non-emergent ambulance service, in 2004. This business was hugely successful and he retired for the second time in 2012.

Terry loved his golf. You couldn’t say he was a “scratch” golfer, but pretty well as close as you could be. he loved to travel with Linda. Name a spot and he was ready to go.

Terry was preceded in death by his parents, Boyd and Doris Haynes, and his brother Danny Haynes. He is survived by his wife of 29 years, Linda Haynes. Survived also by a daughter, Shantel Norman, and 3 sons, Trent Haynes, Edward Fowler, and Alan Fowler. He also has numerous grandchildren and great grandchildren, all of whom will miss him dearly.
Read Less

To send flowers to the family or plant a tree in memory of Terry Haynes, please visit our Heartfelt Sympathies Store.

Receive notifications about information and event scheduling for Terry Haynes

We encourage you to share your most beloved memories of Terry Haynes here, so that the family and other loved ones can always see it. You can upload cherished photographs, or share your favorite stories, and can even comment on those shared by others.

Love, Niece #1, Your Terry Lynn, Carl and Nita Smith, and other have sent flowers to the family of Terry Haynes.
Show you care by sending flowers

I was so saddened to hear the news of Terry's passing. Our thoughts and prayers are with you and your family. I have such special memories of him! Love, Sally & Randy Chambers
Comment Share
Share via:
HS

Posted Jan 28, 2021 at 04:45pm
May you find comfort in loving memories, strength in the support of those who care and hope in each new day. Thinking of you and praying for peace.

Medium Dish Garden was purchased and planted a memorial tree for the family of Terry Haynes. Send Flowers

Posted Jan 28, 2021 at 04:25pm
With heartfelt condolences - Our thoughts and prayers are with you at this time and in the days to come.

Flowers were purchased and a memorial tree planted for the family of Terry Haynes. Send Flowers

Posted Jan 28, 2021 at 07:39am
Aunt Linda, our hearts are so heavy for the incredible losses you have suffered. Prayers for peace that passes understanding as you honor Terrys life

Love, Niece #1, Your Terry Lynn purchased flowers and planted a memorial tree for the family of Terry Haynes. Send Flowers

Carl and Nita Smith purchased flowers and planted a memorial tree for the family of Terry Haynes. Send Flowers 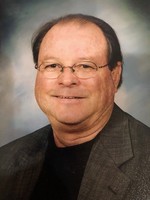 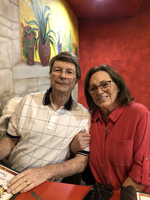