To share your memory on the wall of Stan Thompson, sign in using one of the following options:

Stanley Jay “Stan” Thompson, a beloved husband, son & brother passed away on Tuesday February 2, 2021 at age 59. Stan was born on November 29, 1961 to Ray and Beth Thompson in Oklahoma City, the second of 2 sons. Stan attended Southern Hills Elementary, Jefferson Junior High and Southeast High School graduating in 1980. Stan attended Central State University and spent 10 years employed by the Federal Prison System in Oklahoma and later in Florida where he lived until returning to Oklahoma City in 2004. Upon his return to Oklahoma City Stan worked as an independent contractor performing insurance inspections and also as a construction superintendent. Stan was most recently employed by the Oklahoma County Assessor as a Residential Field Appraiser. Stan was an avid sports fan and loved to watch Oklahoma football, Thunder basketball and especially the Tampa Bay Lightning.

To send flowers to the family or plant a tree in memory of Stan Jay Thompson, please visit our Heartfelt Sympathies Store.

Receive notifications about information and event scheduling for Stan

We encourage you to share your most beloved memories of Stan here, so that the family and other loved ones can always see it. You can upload cherished photographs, or share your favorite stories, and can even comment on those shared by others.

The Jordans, Friends & Associates at Security Solutions, and other have sent flowers to the family of Stan Jay Thompson.
Show you care by sending flowers

Posted Feb 06, 2021 at 08:43am
Wishing you peace to bring comfort, courage to face the days ahead and loving memories to forever hold in your hearts.

The Jordans purchased flowers for the family of Stan Thompson. Send Flowers

Posted Feb 05, 2021 at 12:05pm
Our thoughts and prayers are with you, Michelle, and with your family. May God surround you in peace and grace.

Friends & Associates at Security Solutions purchased flowers and planted a memorial tree for the family of Stan Thompson. Send Flowers

Posted Feb 05, 2021 at 09:34am
I have 2 stories that bring out Stan. His neighbors in Del City were Gladys and Clarence. Stan was on the night shift at the prison in El Reno. He sees Gladys trying to drive their car, Gladys clearly in distress. She stops at the end of the driveway and Clarence is in distress. Stan gets him out of the car tells Gladys to call 911 and Stan starts doing CPR on Clarence until the EMT's get there. Sadly Clarence didn't make it, Gladys was forever grateful to Stan for his help to her and Clarence that night.
Stan had an amazing sense of direction. He could be anywhere in the United States and know which way to get back onto a highway, or to turn to get to the ocean.
I will miss my friend
Val Thompson
Comment Share
Share via:
BE 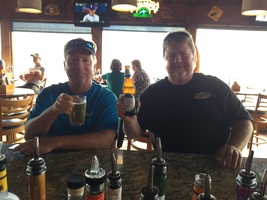 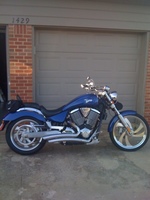 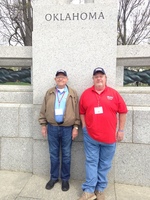