To share your memory on the wall of Nelson McQueen, sign in using one of the following options:

Print
Livestream services will be available via the link below.

Nelson McQueen went to be with his Lord and Savior on Saturday, February 6, 2021 at the age of 82. He was born in Oklahoma ... Read More
Livestream services will be available via the link below.

Nelson McQueen went to be with his Lord and Savior on Saturday, February 6, 2021 at the age of 82. He was born in Oklahoma City, Oklahoma on December 4, 1938. Nelson was one of 13 children and was adopted by Perry and Marjorie Black. Nelson graduated from NW Classen High School in 1957, which was the first year for the school to be open. His first year of college, he attended Abilene Christian University. He continued his education at Central State University and graduated with a bachelor’s degree in accounting. Nelson met Rose Mary Smith in the mid 1960’s. They both lived in the same apartment complex and became very close. On March 15, 1969, the two were married in Newcastle, OK at Rose Mary’s mother’s home. They were blessed with a daughter, Valerie, whom they all love dearly. Nelson worked for Southwestern Bell during college. He later worked for Farmers Union Insurance, where he held the titles of CFO and CEO. In 1992, he opened his own accounting firm, McQueen & Associates. He and his wife Rose Mary co-owned the firm until their retirement in 2017. Nelson had a love for classic cars. He has a 1956 Thunderbird and worked on restoring Model A Fords. Nelson and his wife were very involved with Southern Hill Baptist Church. He taught Sunday school at Southern Hills Baptist Church for nearly 25 years and loved serving the Lord and his church family. Nelson had a servant heart and will be remembered for his kindness towards others.

Nelson was preceded in death by his:
Parents, Perry and Marjorie Black;
and 10 siblings.

To send flowers to the family or plant a tree in memory of Nelson McQueen, please visit our Heartfelt Sympathies Store.

Receive notifications about information and event scheduling for Nelson

We encourage you to share your most beloved memories of Nelson here, so that the family and other loved ones can always see it. You can upload cherished photographs, or share your favorite stories, and can even comment on those shared by others.

Much love, Ed & Barb sent flowers to the family of Nelson McQueen.
Show you care by sending flowers

Posted Feb 08, 2021 at 09:30pm
Rose Mary, Valerie, and family, my sincere condolences to all of you. May God comfort you at this time. Sincerely,Margaret Williams
Comment Share
Share via:
MB

Posted Feb 08, 2021 at 12:48pm
Rose Mary, we are saddened by Nelson's passing. May the Lord comfort you during this difficult time. Praying for you and the family. 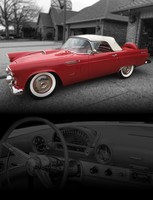 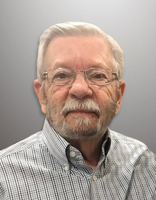