To share your memory on the wall of Michael Whittern, sign in using one of the following options:

Provide comfort for the family of Michael Whittern with a meaningful gesture of sympathy.

To send flowers to the family or plant a tree in memory of Michael Scott Whittern, please visit our Heartfelt Sympathies Store.

Receive notifications about information and event scheduling for Michael

We encourage you to share your most beloved memories of Michael here, so that the family and other loved ones can always see it. You can upload cherished photographs, or share your favorite stories, and can even comment on those shared by others.

Posted Jun 25, 2019 at 07:44pm
Whittern family, we are very saddened to hear of Mikes passing and offer our most sincere condolences. P89 carriers and clerks.
Comment Share
Share via:
J

Posted Jun 24, 2019 at 09:41pm
Dear , Lori and Family We were very saddened to hear of Mikes passing . He was a good friend and coworker for many years . He always had a kind word and a laugh for me . And my wife Katy and I saw what a great Dad he was when Katy taught Cole and Colin at daycare . He was a wonderful kind person and he will be missed by all who knew and loved him. Lori, We are so sorry for your loss . And you and your familt will be in our prayers . In sympathy , Jimmy and Katy Gerner

Posted Jun 24, 2019 at 07:12pm
I am so sorry for the family’s loss. Death is one of the hardest trials to cope with. May you find comfort from the future promise recorded in Revelation 21:4 which says “he [God] will wipe out every tear from their eyes and death will be no more.” We can be certain God will fulfill the words from his word the Bible.
Comment Share
Share via:
VC

Posted Jun 24, 2019 at 04:45pm
So many great memories with Mike and his family at the ball park. We spent many days and nights cheering our boys on. These memories I hold so dear to my heart-best tome in our lives. I pray that those times will bring comfort to Lori, Cole and Colin. .
Comment Share
Share via: 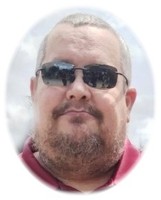